A short post today, with some photographs from the proceedings at North Weald and Duxford as part of the Remembrance activities – Lest We Forget. 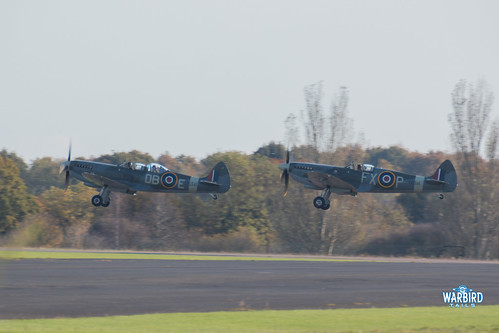 Aero Legends put together an impressive formation consisting of their two Spitfire IXs, TD314 and NH341 flanking their C-47 Dakota “Drag em ‘Oot”. NH421 and the “Dak” are both D-Day veterans, a fitting link in this anniversary year. The trio were joined by the company’s Harvard playing camera ship duties. The formation departed North Weald at 10:30 before flying down to Dover for a special poppy drop, returning to the Essex airfield around an hour later with a fin run and break back into the circuit. 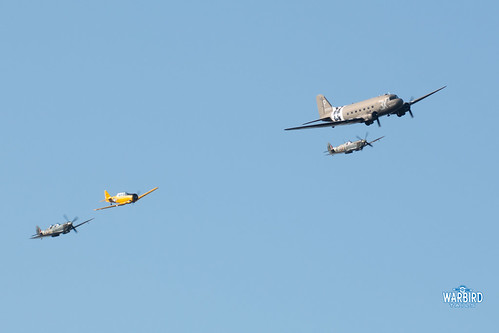 As a Headcorn local, it was great to see the Aero Legends team operating from their latest location and there was certainly a great turn out to view the warbirds and pay tribute in the 2 minutes silence at 11am. 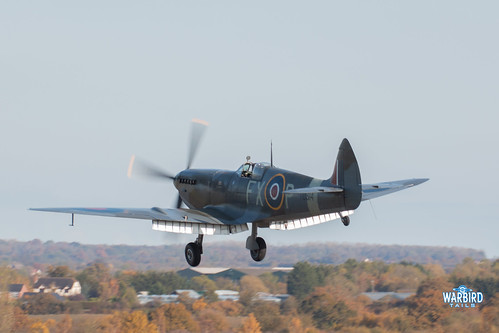 After lunch it was time for a trip a little further up the M11 to Duxford, where the Blenheim was scheduled to carry out a poppy drop. Not long after arrival the wonderful sight of P-51D Mustang “The Shark” was rolling down the Duxford runway, adding to the warbird action. The Fighter Collection had also rolled out their Wildcat, Hawk 75, P-40C and Spitfire V out of the hangar for static display, which was a nice touch for the impressive crowd gathered at Duxford. 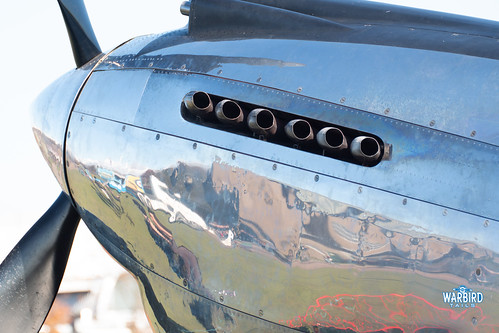 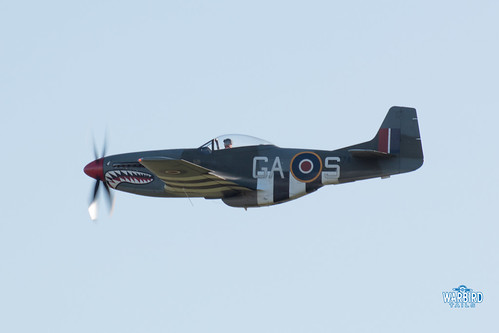 Then, a little before two o’clock, the familiar sound of the Bristol Mercury purred into life as John Romain got the Bristol Blenheim ready for its starring role. Following a service in Airspace, the Blenheim took to the winter sky and after a short hold ran in for a typically stylish John Romain routine. On the latter few passes a number of poppies were released from the aircraft, providing a different perspective on the traditional poppy drop. 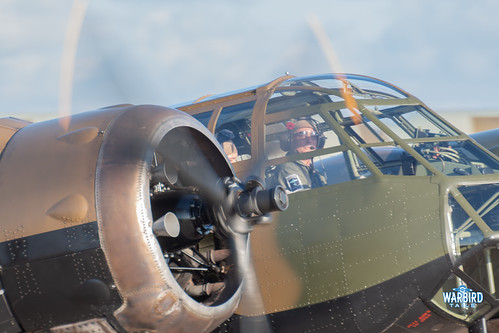 The sight of the Blenheim in fading light curving around the M11 end at Duxford with a stream of poppies was certainly thought provoking and will no doubt live long in the memory. 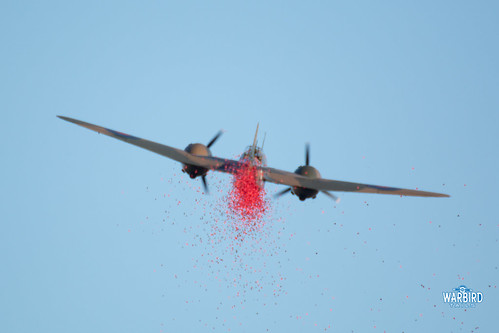 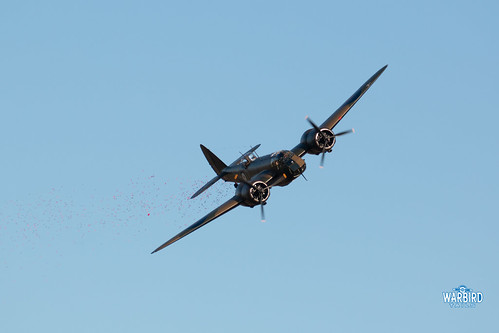 I hope that both of todays events become regular occasions as it really was a special way to mark the occasion. Thanks to Aero Legends, Imperial War Museum and the Aircraft Restoration company for a very memorable November afternoon and fine tributes to those who gave so much.