Another common thread that has been present at many Flying Legends shows over the years has been representation for Russian types. While only one of those visitors actually made the journey from Russia itself, the majority have been visitors from overseas and as such well worth a post in themselves. 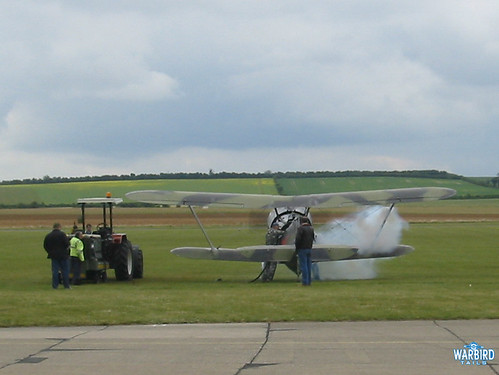 Yaks of some kind have been present at Legends since the 1990s with the number of Yak-11s and new build Alison powered Yak-3s making a great impression. Perhaps the greatest Soviet machine to have appeared at a Legends show was the Old Flying Machine Company’s Lavochkin LA-9. This would be its only Duxford display appearance as the aircraft only spent one year in the UK before flying the New Zealand through to 2010. It is now on static display at the Military Aviation Museum at Virginia Beach. I have no shots from Legends 2003 sadly, but plenty of images exist online. 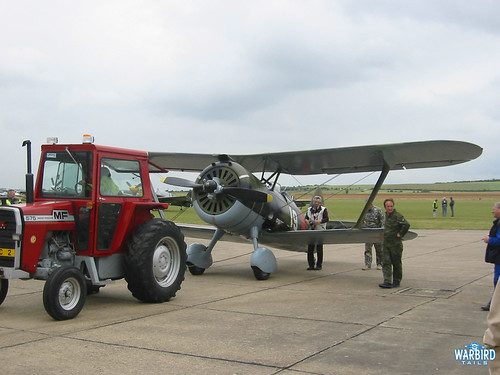 2004 saw one of the great Legends surprises as the diminutive Polikarpov I-15BIS biplane was unpacked from a shipping container on the Thursday afternoon before the show. I remember watching with interest as they rolled this tiny machine out onto the field and fired it up in a wonderful cloud of smoke. After a very short time the machine was thrown into an incredibly dynamic aerobatic routine. The I-15 actually hung around Duxford until 2007, appearing at every Legends in the intervening years. It even spent some time in the old Superhangar while other aircraft were shuffled around at Duxford. 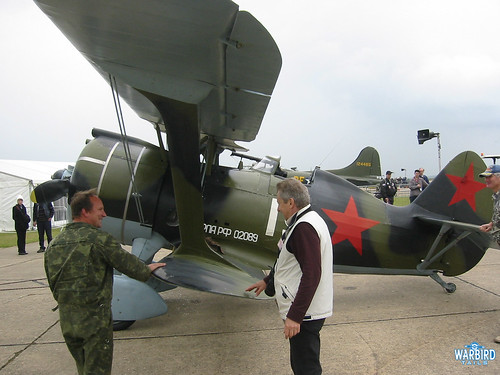 Another Polikarpov would take part in Flying Legends just a few years after the I-15 departed. Fittingly it was the next in line, the I-16 that arrived in from Germany again in another surprise slot. The I-16 was one of the well known group of Russian monoplanes rebuilt and operated out of Wanaka in New Zealand with the Alpine Fighter Collection. This machine again showed the wonderful performance of these Polikarpov fighters with the Sunday routine being particularly impressive with numerous flick roll and avalanche figures. As with many Russian aircraft these Polikarpovs had such a agricultural sound from those distinctive radial engines. Again, sadly I have no images from Legends 2010 to share but fondly remember this performance. 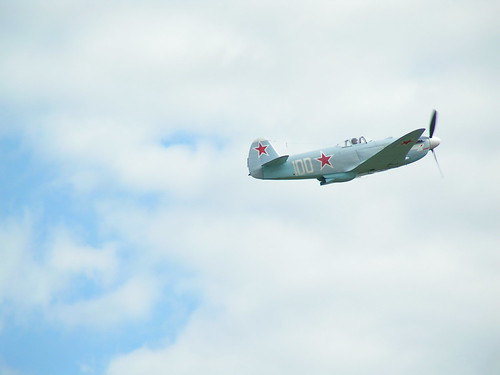 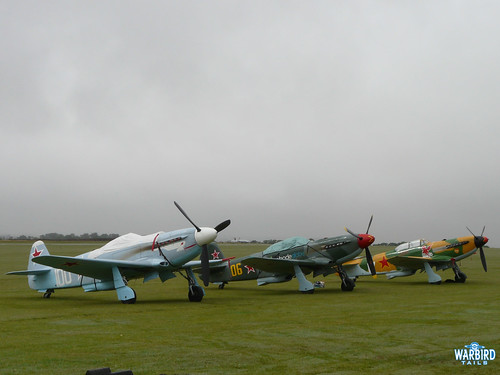 Closer to home there have been numerous Yak-3/9s display at the show, with the immaculate White 100 making a great impression in the hands of Mark Jeffries at the 2008 show. This routine really demonstrated the incredible performance of the Russian fighter with numerous vertical rolling figures and high energy aerobatics. 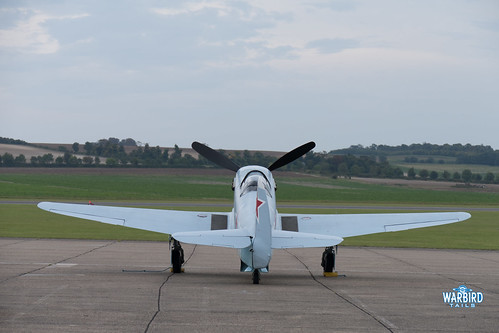 Flying Legends has also seen formation teams such as the Aerostars, flying their more modern Yak-50s and Yak-52s taking centre stage, another iconic Russian design in their own right and sharing the impressive sound and aerobatic performance of their older relatives.