This years Open Workshop days moved to a mid-week slot, rather nicely filling the no-mans land between Christmas and New Year. The move certainly seemed to work well as on the Thursday, when I attended, the airfield was incredibly busy, certainly as busy as I’ve seen this event. 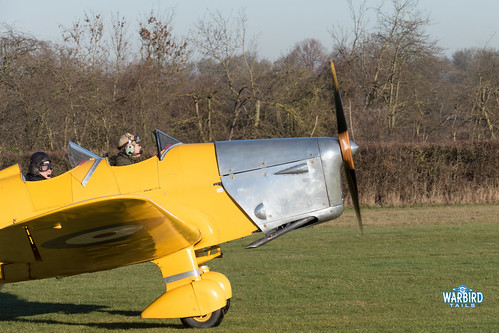 There is no doubt that the wonderful weather on the Thursday would have played a part in this, within a few minutes of arriving the wonderful sight of Peter Holloway’s Miles Falcon and Magister were taking to the skies. There was plenty of airborne activity throughout the day, which made a great backdrop to the main event. 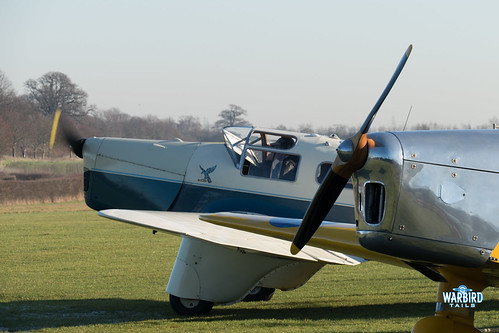 The event focuses around the Workshop hangar and offers the chance for access to a selection of aircraft without the usual barriers and an opportunity to speak to the engineers and pilots, something that is rarely practical on the busy airshow weekends. 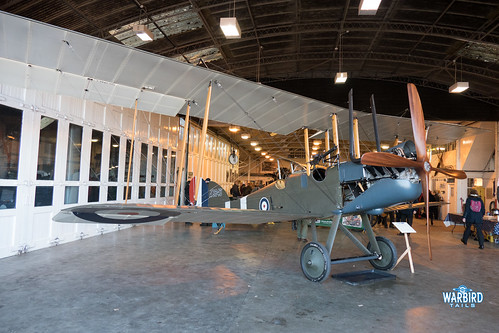 The first aircraft on display in the hangar was the WW1 Aviation Heritage Trust’s BE2 which had recently taken to the skies again after engine problems grounded it early in the 2015 season. As you can see from the photos below these reproductions, built by the Vintage Aviator in New Zealand are incredible, late production would be a far better description. The format of the event meant there was a chance to inspect every aspect of this airframe including looking in the basic layout of the cockpit. I’d never previously noticed that the throttle is mounted on the stick in this design. 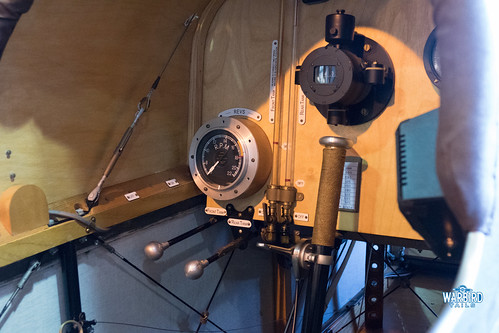 Alongside the visiting BE2 the Collection’s Gladiator was also on display. Being an engineering weekend the Gloster biplane had many panels removed offering a fascinating look under the skin at the design and systems as well as a unique look into the cockpit of this fighter. I had the chance to speak with collection pilot Rob Millinship about the Gladiator which was full of interesting recollections about flying this aircraft as well as a number of other collection airframes. The chance to speak with those who fly and maintain these machines is a real highlight of these days. 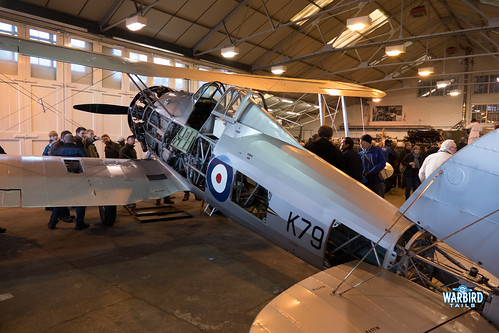 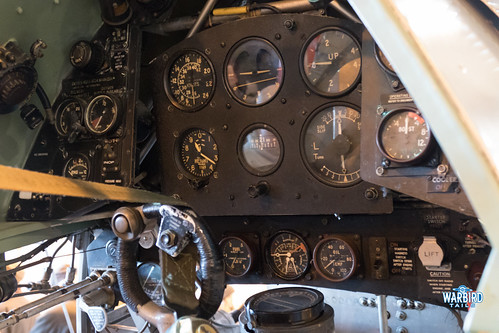 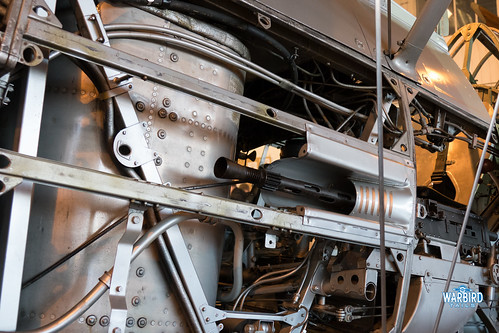 An airframe that has been a noticeable presence at all of these Engineering workshop events has been Spitfire Mk V AR501. This years event saw the Spitfire having made clear progress. The airframe is now sitting on its undercarriage and has the Merlin engine fitted. Once again the Spitfire formed a centrepiece of the event with the Collection offering the chance to sit in the aircraft which certainly proved to be popular. 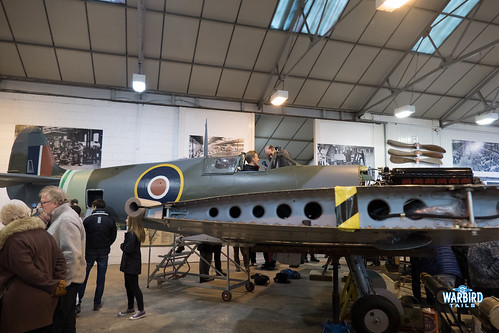 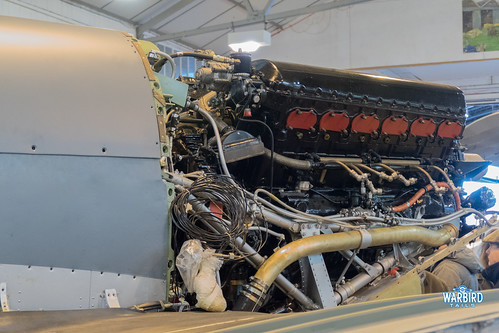 There is one area of the Collection’s workshop that can’t be seen on a normal day, this is where much of the fabric work is done and previous occupants have been the Sopwith Triplane, Camel and The English Electric Wren. 2016 saw the opportunity to see under the skin of the oldest airworthy British aircraft, the Blackburn Monoplane. This has always been my favourite of the Edwardians and the chance to inspect the aircraft in such a stripped-down state was incredible. 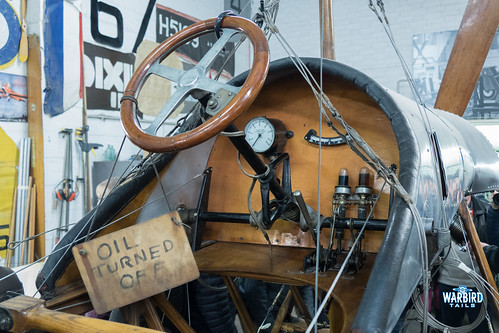 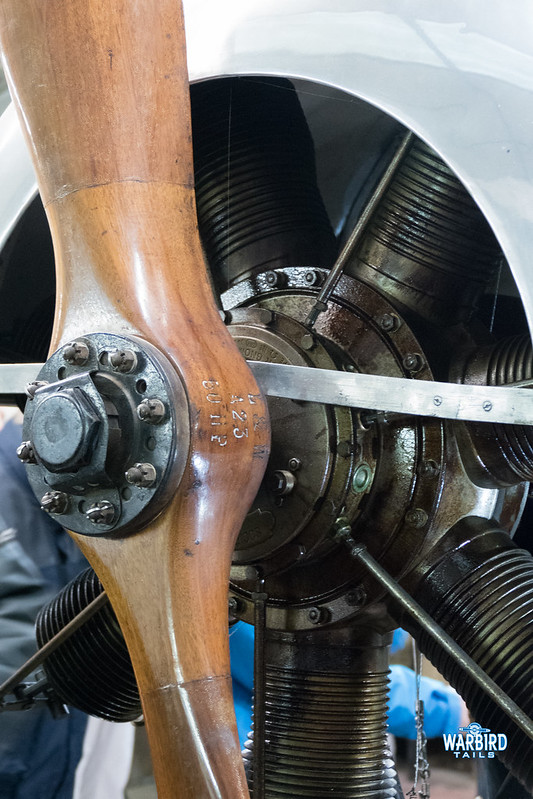 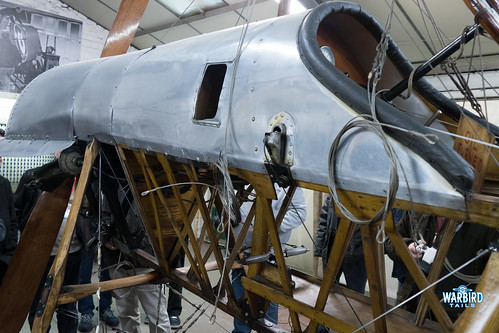 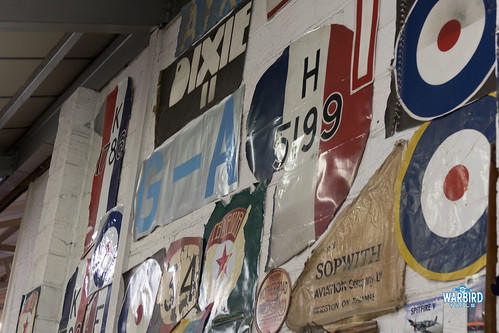 The highlight of the day has to have been seeing the Sopwith Camel perform its first public engine runs. As mentioned above the Camel has been a feature of the engineering workshop event in the past so it was great to see things come full circle and see the aircraft running. The sight of a rotary engine running at close quarters is always something to be cherished and the way the power affects the light airframe of the Camel was certainly impressive. More pictures of the Camel running can be found here. 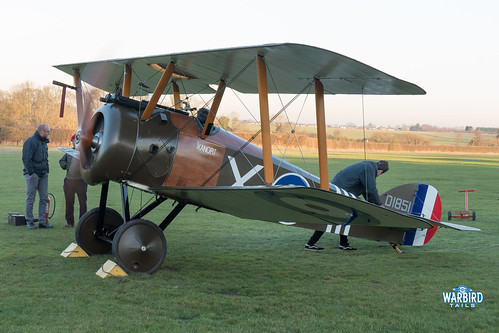 This event is always a highlight of every year, providing an excellent historic aviation day out in the middle of the off-season. This year was certainly one of the best incarnations of the event with the chance to see a highly anticipated restoration performing an engine run in public for the first time alongside plenty of flying, unrestricted access to some unique airframes and a chance to speak to the Shuttleworth team. With the prospect of the Spitfire, Camel and Triplane taking to the skies in 2017 it certainly looks like there is a great season ahead for the Collection and this event provided a great reminder of what makes Old Warden so special.